Bill Harris, President and Director of Centerpointe Research Institute, has been involved in personal development for over 35 years as a seeker, teacher, public speaker, author, musician, composer, therapist, workshop leader, and business owner.

Bill Harris began teaching personal growth trainings in 1979 (as an assistant with the Dale Carnegie training organization) and since then has been involved in personal development for over thirty-five years as a seeker, teacher, public speaker, author, musician, composer, therapist, workshop leader, and business owner.

A student of ancient and modern research into the nature of the mind, he has studied and practiced a variety of traditional and modern transformational techniques and approaches with a variety of teachers.

Bill is a graduate of Portland State University, with three years of graduate study at the University of Portland. He also studied music at Berklee College of Music from 1973-76 and music composition with world-renowned Czech composer Tomas Svoboda and Spanish composer Salvador Brotons.

He is a Certified Trainer of Neuro Linguistic Programming and is trained in Ericksonian Hypnosis. He is a long time student of contemporary psychology, Eastern philosophy, the physical sciences, the evolution of non-linear systems (chaos theory), and the effects of a wide range of neurotechnologies on human change, evolution and healing.

Bill is known for his ability to explain difficult subjects in an engaging and easy to understand way. He is a frequent speaker at scientific and transformational forums and conferences across the U.S. and around the world, and over the years has taught a wide range of workshops and seminars. In the past he has conducted his own private therapy practice utilizing cognitive psychology, Neuro Linguistic Programming, and other approaches.

Bill has shared the stage with many of the top business and human potential leaders in the world, including Jack Canfield (Chicken Soup for the Soul), Dr. Stephen Covey (7 Habits of Highly Effective People), the Dalai Lama, Stewart Emery (co-creator of est), Ken Wilber (author, philosopher, and creator of Integral Institute), Sir Richard Branson, and many others. In 2003 Bill was invited to address the United Nations Values Caucus.

The Life Principles Integration Process™ is designed to help people discover how they unconsciously create their internal states and external results, and show them how to become aware of and take control of these internal processes to create whatever they want in life.

Bill is a member of the Advisory Board of Self Enhancement, Inc., an organization helping inner city young people, and is involved in many other charitable projects, including Unstoppable Giving(building schools in Africa); St. Mary’s Home for Boys; Photocharity (helping homeless youth);Doctors Without Borders; World Spark (developing services for children and seniors in the US and Mexico; Big Mind, Inc. (supporting the work of Zen Master Dennis Genpo Merzel); and The Marvin Collins School (for inner city children in Chicago).

Bill is also a founding member of the Transformational Leadership Council started by best-selling Chicken Soup for the Soul co-author Jack Canfield, and an Inaugural Member of Ken Institute.

Bill has played saxophone, flute, and clarinet professionally since 1964. His quintet (The Bill Harris Quintet) released an album in 2012 (Inside Out) that launched at #3 in national radio airplay, and a second album in 2013 (This Time the Dream’s on Me) that launched at #4 nationally. He lives in Hillsboro, Oregon. www.centerpointe.com 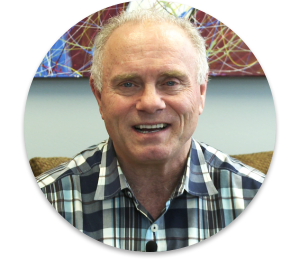