Billboard Top 20 chart topping artist Adam Barta is more than just another pop voice on the scene. His accomplishments — from having the #1 ultimate SEXIEST video of all time on LOGO, to landing one of the official Z100 “fist pumping beats of the Jersey Shore”— reflects that in spades. He is about to bring fun to pop music, and a style never before seen.

In September, his status as a sex symbol was solidified when Standing In The Rain was named the Ultimate Sexiest Music Video on Logo’s Click List countdown. Needing a steady follow up, he worked with Mysto and Pizzi and released VIP. After airing on numerous radio stations, the music video premiered April 13th on Logo’s his music show Pop Lab and hit #1 two days later on the Top Rated videos on MTV’s official website, www.MTVmusic.com. It also was added to MTV 2 in Canada the week of April 21st, and Vevo.com in May. It premiered on HBO in June on the show Feedback and is still airing in regular rotation through 2011. In summer 2010 the cast of the Jersey Shore picked Standing in the Rain as one of their “fist pumping beats”, on New York’s #1 hot music station, Z100. VIP was the #2 music video on Logo’s Click List Countdown Top 10 Videos of 2010. It was featured heavily on two seasons of Oxygen’s hit reality show Bad Girls Club, MTV’s The Real World: Las Vegas, & Showtime’s Real L Word.

His music career launched in 2005 with his single Dirty Girls, which debuted on Maxim Radio and The Beat on Sirius Satellite radio. In Spring 2006, his new dance single, I Wanna Hold You, was heard in Abercrombie & Fitch stores throughout the country, as well as on numerous dance radio stations. It hit #23 in March 2007’s DJ Times dance chart. The debut music video then hit the #1 spot on MTV Logo network’s Click List Countdown that August, and was one of the Top 10 videos of 2007 on the network.

Riding high off the success, he was voted favorite Click List artist of 2007 in an online MTV networks poll, and landed on after Elton.com’s Hot 100 [celebrity list] for 2008. EsNtion Records (Ryko/Warner Music Group) took notice and signed Adam for the single Standing in the Rain, with DJ Russ Harris setting in motion his coup to the ultimate sexiest video on Logo. DJ Times called him "one of the strongest male vocalists in 2007". Standing in the Rain hit number 2 on Clear Channel's Pride Radio in July 2008 and #26 in DJ Times Magazine for September 2008. The music video for Standing in the Rain premiered October 1st on Logo’s new mainstream dance/pop show Pop Lab, hosted by Solange and Lady Gaga on Logo. He then himself went on to host the March 11th episode of Pop Lab’s Spring Break Edition, following past week’s host, Beyonce.

Adam’s newest song with Kathy Sledge (lead singer of Sister Sledge) called Give Yourself Up went Top 20 on Billboard Club chart in October 2011. It was also featured on Centaurs Party Groove 11 CD as one “the dance anthems of summer”. Adam’s unofficial status as a celebrity was solidified when he landed on TMZ in August, when the leaked the official music video. It features Kim G (Real Housewives of New Jersey), Miguel Allure (Jerseylicious), Tone Tone (Cake Boss), Jack Mackenroth (Project Runway), and more. He is also working on a reality TV project with VH1’s Kerry Schwartz and Michael Lohan. His next single will be Q&A, which was already featured on 97 BHT and Bad Girls Club on Oxygen. 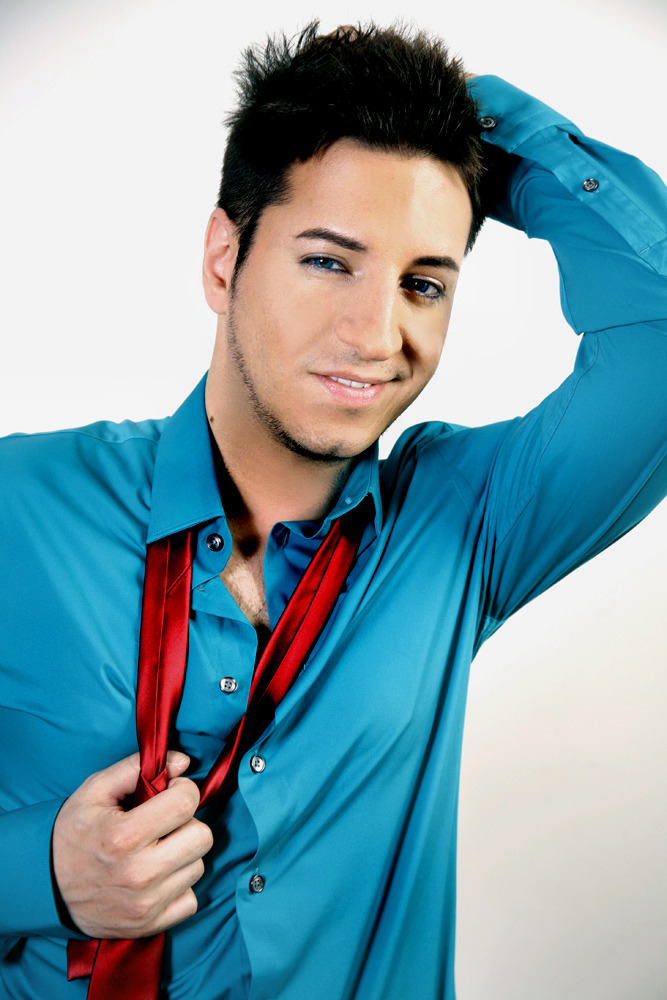